Iron Brigade, previously known as Trenched, is a video game developed by Double Fine Productions and published by Microsoft. Availiable on Xbox LIVE Arcade and Steam.

Iron Brigade (formerly titled Trenched) is a video game developed by Double Fine Productions and published by Microsoft Game Studios for exclusive release thought the Xbox LIVE Arcade Marketplace. Iron Brigade combines many of the gameplay elements found in tower defense and third person shooter genres to create a hybrid game. The game occurs in an alternate timeline shortly after World War 1, and follows the Mobile Trench Brigade in its campaigns to reclaim the world from the robotic Monovision menace. I highly advise that you do not use any camos in games with other players because from personal experience this game's engine can not handle trying to load the camos especially the gold camo acquired from winning 50 games or level 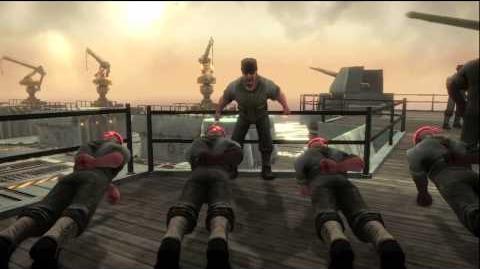 Battle for the Trenched Trademark Continues

Whilst Trenched players continue battling Monovision Creatures in a fictional world, Double Fine and Microsoft are battling Portuguese board game maker Rui Alípio Monteiro over the trademark of Trenched in Europe. Monteiro stated that he's planning on fighting Microsoft over the matter, which may n…

XBLAFans recently released a newly assembled Trenched guide, featuring everything you need to know about Double Fine's newest Xbox Live shooter. It has all sorts of information, ranging from achievements to hats. They even created custom maps so you'll never get lost in the trenches again!